STATE OF THE PORT: Port of Brownsville Proves Resilient Amid Economic Challenges

BROWNSVILLE, Texas – April 1, 2021 – The Port of Brownsville proved resilient amid a global pandemic and economic challenges with a record-setting 2020, moving 11.2 million short tons of diverse cargo with operating revenues of $41 million.

“The port never lost sight of its responsibility in serving as a global gateway for commerce and a critically important economic engine and job creator for our community,” said Brownsville Navigation District Chairman Sergio Tito Lopez. “Our tenants, customers and port staff performed with distinction during these difficult times, setting the pace for excellence in 2020.”

Foreign Trade Zone No. 62 celebrated its 40th anniversary in 2020 as one of the nation’s best, reaching number 2 for the value of exports at $4.3 billion, setting another record. Imports rose to 18th with $4.6 billion. This marks the eight year in a row FTZ No. 62 has ranked among the top-three out of 193 FTZs nationwide.

Keppel AmFELS, the only major Jones Act shipbuilding yard in Texas, successfully landed a pair of noteworthy contracts to add to its production lines: the construction of the largest hopper dredge in the U.S. and construction of the first Jones Act compliant offshore wind turbine installation vessel. These projects are estimated to bring hundreds of good-paying industrial jobs to the region.

A new container-on-barge service opened in August connecting shippers and customers in the Rio Grande Valley and in Northern Mexico with those across Florida and the Southeastern United States. And adding to the port’s 2020 record book were 21 wind energy projects, including the largest windmill blades ever imported to the U.S. at 250-feet long.

About the Port of Brownsville

The Port of Brownsville is the only deep-water seaport directly on the U.S.-Mexico border, and the largest land-owning public port authority in the nation with 40,000 acres of land. It transships more steel into Mexico than any other U.S. port. With more than $30 billion worth of projects currently in the works, the Port of Brownsville is transforming the Rio Grande Valley by creating positive investment opportunities and jobs. Activity at the port is responsible for adding more than $2 billion to the regional economy, $3 billion to the Texas economy, and for the creation of more than 51,000 jobs statewide. 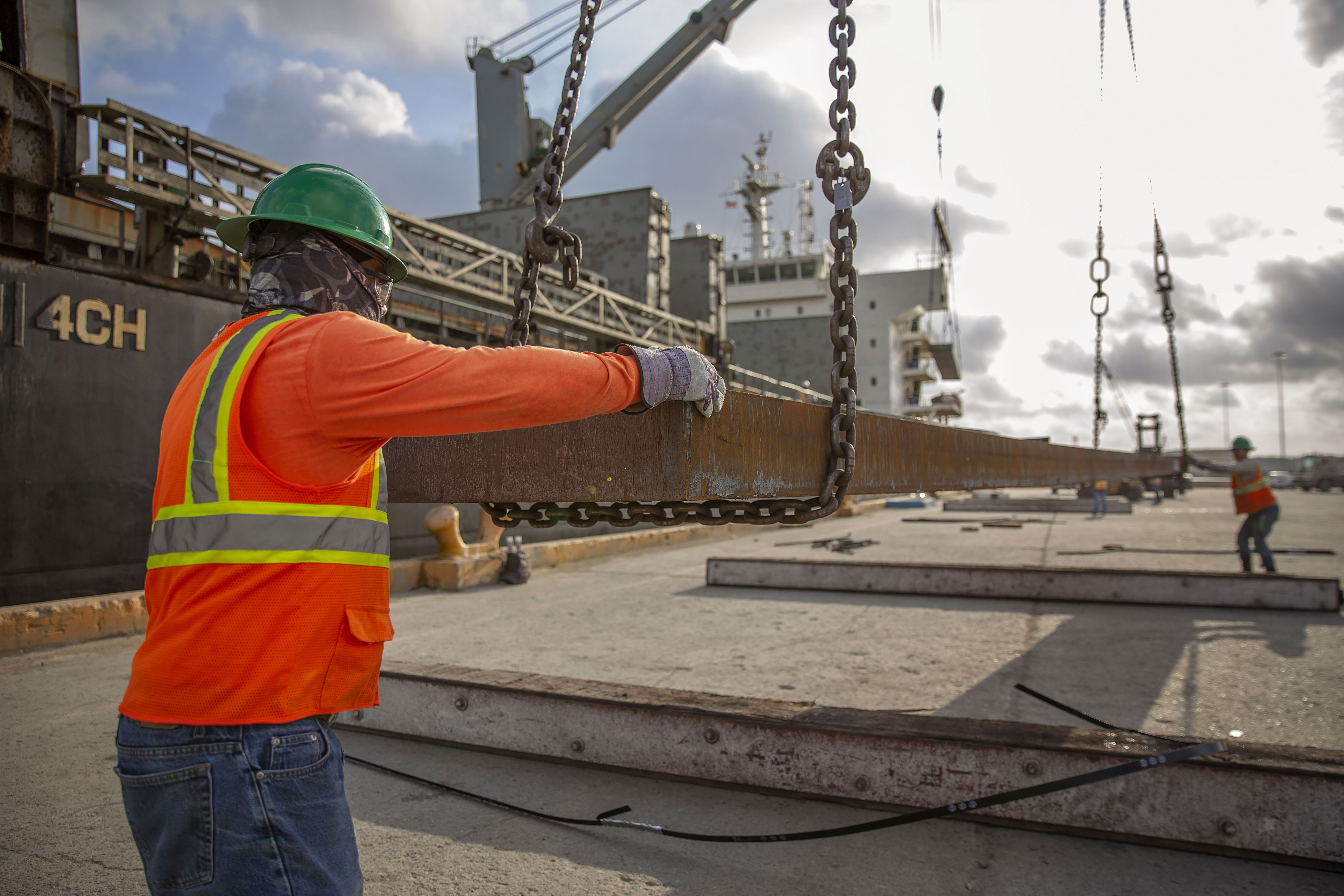 The Port of Brownsville proved resilient amid a global pandemic and economic challenges with a record-setting 2020, moving 11.2 million short tons of diverse cargo with operating revenues of $41 million.