Operating fully on natural gas from day one, the new Jones Act vessel surpasses the International Maritime Organization (IMO) 2030 emission standards for ocean vessels, representing the most technologically advanced and environmentally friendly vessel to serve Hawaii. Energy efficiencies are also achieved with a state-of-the-art engine, an optimized hull form, and an underwater propulsion system with a high-efficiency rudder and propeller.

The ‘Ohana Class vessels are named in honor of George Pasha, III and Janet Marie, the late parents of The Pasha Group President and CEO George Pasha, IV, marking three generations of service to Hawaii.

“Today marks a moment in time that will be remembered by many of us, including my family and our incredible team members at Pasha Hawaii who worked tirelessly to bring MV George III to life,” said George Pasha, IV. “As we welcome the new MV George III to the Pasha Hawaii fleet, we stand incredibly proud of the perseverance and commitment of our partners at Keppel AmFELS, and the skilled men and women at the shipyard on this tremendous accomplishment. We look forward to beginning service to Hawaii in August and taking delivery of the Janet Marie later this year.”

“We are pleased to deliver Pasha Hawaii’s first LNG-powered containership,” said David Wedgeworth, President of Keppel AmFELS. “By working closely with Pasha Hawaii, we were able to resolve operational challenges posed by COVID-19 and deliver the vessel to their satisfaction. Built to Keppel O&M’s proprietary design, M/V George III exemplifies our engineering and design expertise as well as our in-depth experience in LNG.”

Pasha Hawaii is a wholly owned subsidiary of the family-owned global logistics and transportation company, The Pasha Group, one of the nation’s leading Jones Act shipping and integrated logistics companies and is proud to support U.S. shipyards.

Pasha Hawaii, an independent operating subsidiary of The Pasha Group, is one of the nation’s leading domestic ocean shipping companies serving Hawaii from the continental United States. The company operates a fleet of six fully Jones Act-qualified vessels and operates out of multiple port terminals. Pasha Hawaii is a trusted partner for many of the nation’s leading retailers, manufacturers and U.S. government agencies, providing reliable containerized and roll-on/roll-off cargo services that leverage its unique combination of ocean transportation and inland distribution capabilities to deliver goods that are vital to the people of the State of Hawaii and the prosperity of the Hawaii market it serves.
About Keppel AmFELS

Keppel AmFELS is a subsidiary of Keppel O&M, a wholly owned company of Keppel Corporation Limited. Located in Brownsville, Texas, Keppel AmFELS reinforces Keppel O&M’s presence in the Gulf of Mexico and its strategy to be near its markets and customers.

Since its establishment in 1990, Keppel AmFELS has built up its facilities and equipment to become the most well equipped offshore and marine shipyard in the Gulf of Mexico. The yard engages in the construction, refurbishment, conversion, life extension and repair of a complete range of mobile drilling rigs, vessels and platforms. Spread over 165 acres, its comprehensive facilities are world class and include a drydock capable of docking the largest semisubmersible drilling units, and a modern steel processing plant. 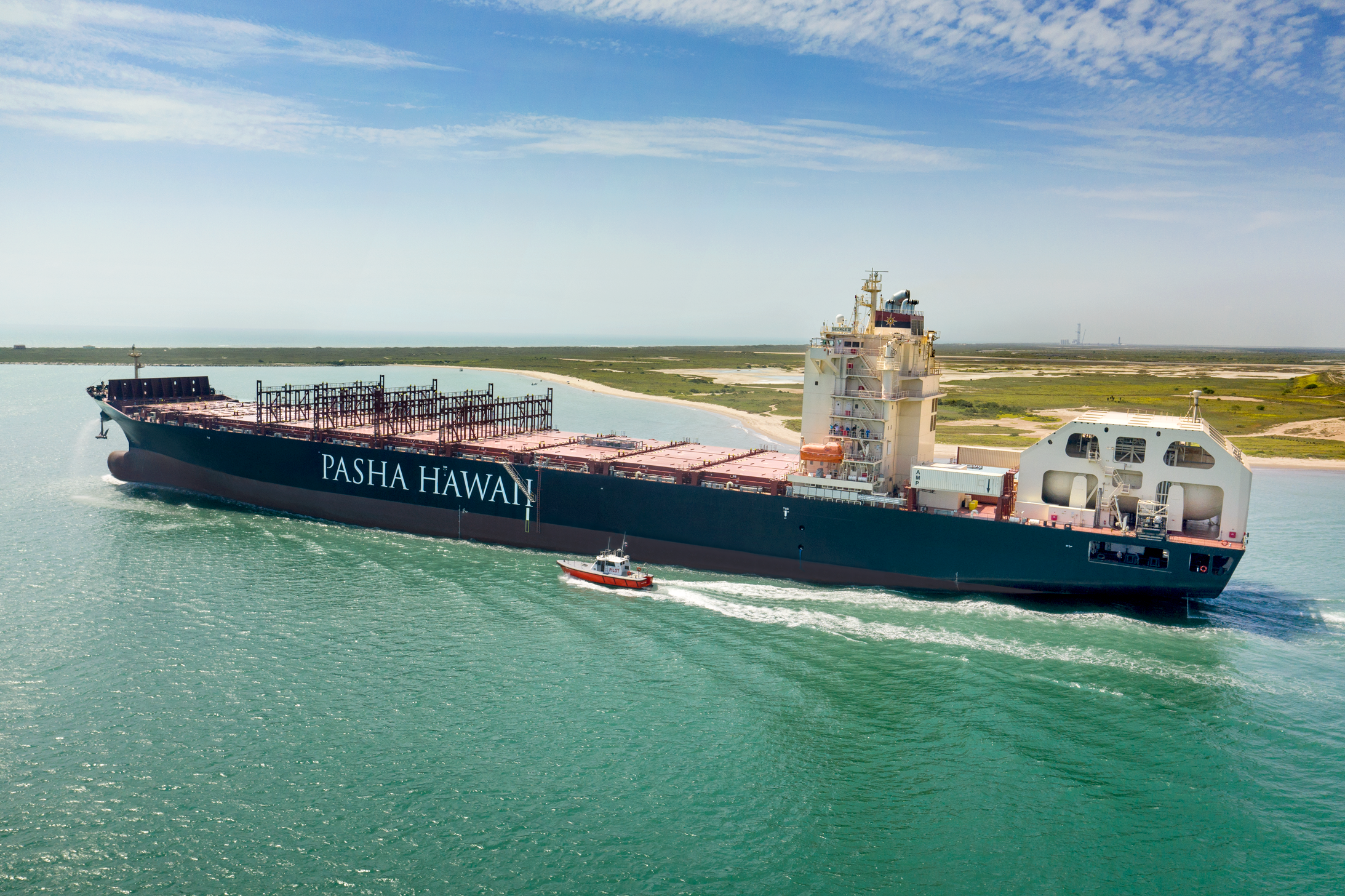