The new hot rolling mill, located at the Ternium Industrial Center outside of Monterrey, has produced its first two coils, the company announced in May.

“This is a very important milestone, as it is the result of the effort of many people who invested their dedication all this time. It’s a success for all the team”, said Cesar Jimenez, the company’s CEO.

The new rolling mill, with an annual capacity of more than 4 million tons of hot-rolled products, will produce specialized steel for the automotive and white goods industries. It includes the latest equipment in technology and is 100 percent automated, with more than 6,000 sensors installed throughout the mill, which allows for excellent precision in its operations, the company said.

“The rolling mill represents the hope and the desire to enter new markets in order to meet and satisfy our clients’ needs,” said Paulo López, Rolling Mill Director of the Ternium Industrial Center.

All the steel slabs processed at the Pesqueria plant move through the Port of Brownsville. So far this year 32 vessels have called on the port to deliver more than 1.6 million metric tons of steel slab from Brazil and Russia to feed the new hot rolling mill. Gulf Stream Marine has partnered with Ternium to provide the cargo handling operations at the port.

Under construction is a major terminal development at the Port of Brownsville to maximize the efficient loading of railcars for steel slab shipments to feed Ternium’s mill. On-port rail service is provided by the Brownsville Rio Grande International Railway, operated by OmniTRAX. The shortline railroad connects with Kansas City Southern de Mexico for steel slab shipments to the hot rolling mill operations at Pesqueria. 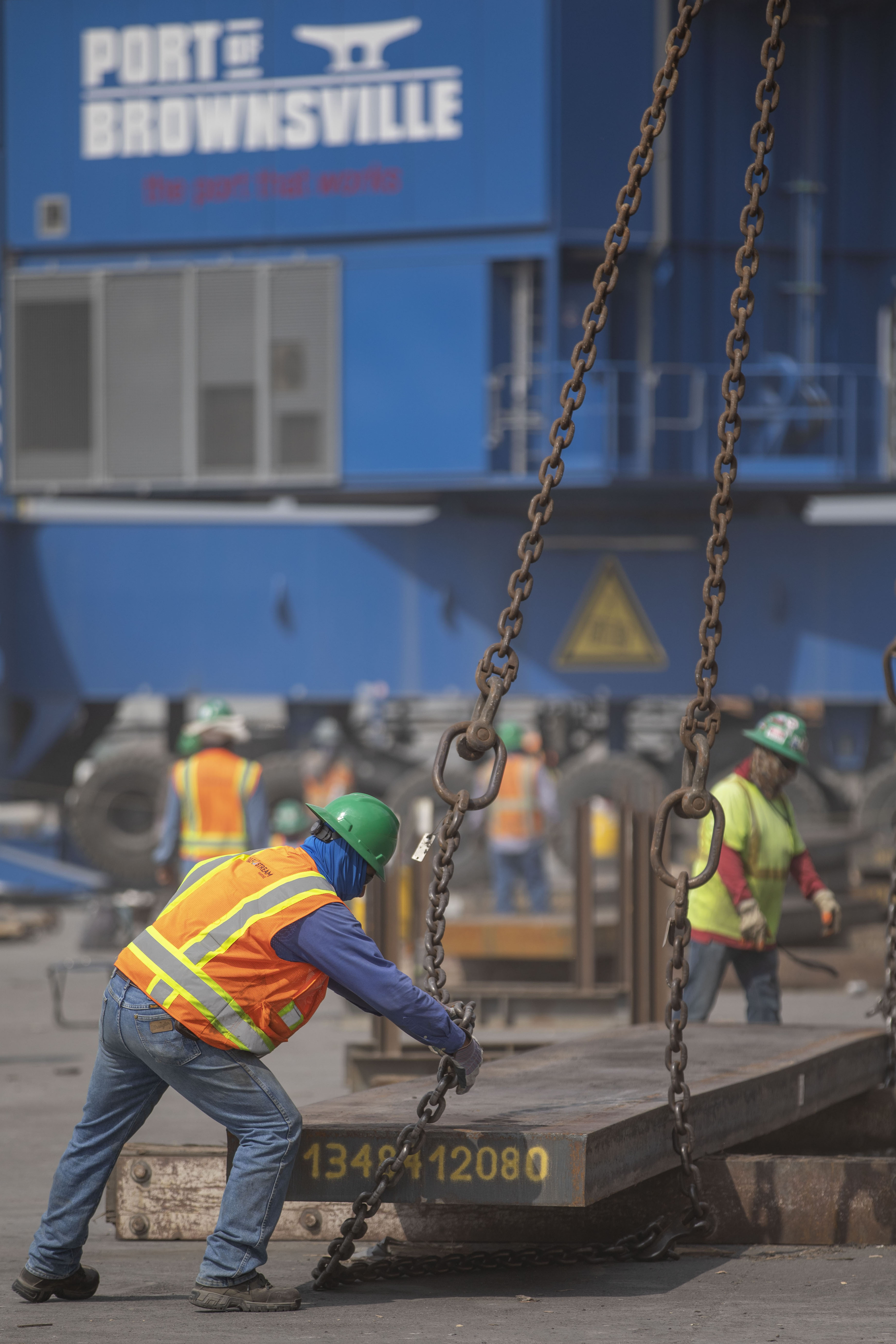 So far this year 32 vessels have called on the port to deliver more than 1.6 million metric tons of steel slab from Brazil and Russia to feed the new hot rolling mill.