“The port is an exciting place to work. I am so proud of how it has grown and diversified,” said Eymard. “I will miss the staff and tenants. They have been a pleasure to work with over the years. I am excited to see continued progress on the horizon for the Port of Brownsville.”

Eymard joined the port in 2000, after a successful career in the banking industry, working her way to become vice president of the International Bank of Commerce (IBC), the largest minority-owned bank in Texas and the third largest in the United States. During her time with IBC, she held positions in marketing, commercial, consumer and real estate lending, operations, construction of new branches, branch management, event planning and training. She retired from banking in December 1999. As the deputy port director, she oversaw the finance, human resources, IT and administrative services departments and served as interim port director several times during her tenure.

“It has been an honor to work with Donna and she will be missed immensely,” said Port Director and CEO Eduardo A. Campirano. “She has left a mark on the hearts of all who work with her and as we look to the future, we will think of her contributions that helped  get us here.”

The retirement celebration was attended by Texas State Senator Eddie Lucio, Jr., the Brownsville Navigation District Board of Commissioners, port staff, as well as Eymard’s family members and close friends. Senator Lucio, Jr. presented a proclamation, state flag and gavel to Eymard in recognition of her dedication to the port and the local community. “I have worked with Donna at the local and federal level,” said Senator Lucio, Jr. “I respect her and the work she has done at the Port of Brownsville. I congratulate her on her retirement.”

“I have worked with Donna at the local and federal level,” said Senator Lucio, Jr. “I respect her and the work she has done at the Port of Brownsville. I congratulate her on her retirement.”

“On behalf of the commission, we thank you for everything you’ve done for the Port of Brownsville,” said Brownsville navigation District Chairman Sergio Tito Lopez. “I’ve known Donna for many years, we will miss her and wish her the very best.”

Eymard earned her Certified Public Manager designation in 2012 from the University of Texas at Brownsville – now  University of Texas Rio Grande Valley – and also completed Leadership Texas, Leadership Rio Grande Valley and Leadership Brownsville programs. She is a member of the Texas Ports Association, Gulf Ports of Americas and the American Association of Port Authorities. In 2004, she was named one of the Top 10 Leading Women in Gulf Transportation by Gulf Shipper magazine.

Among her philanthropic efforts, Eymard is a founding member of South Padre Island Walk for Women, a nonprofit organization initiated by local women to heighten awareness, provide support and raise money for area women and men diagnosed with breast cancer. She currently serves as Vice Chairwoman of the Board of AMIkids Rio Grande Valley and has held past board positions in the American Heart Association, United Way and Friends of Animal Rescue-South Padre Island. 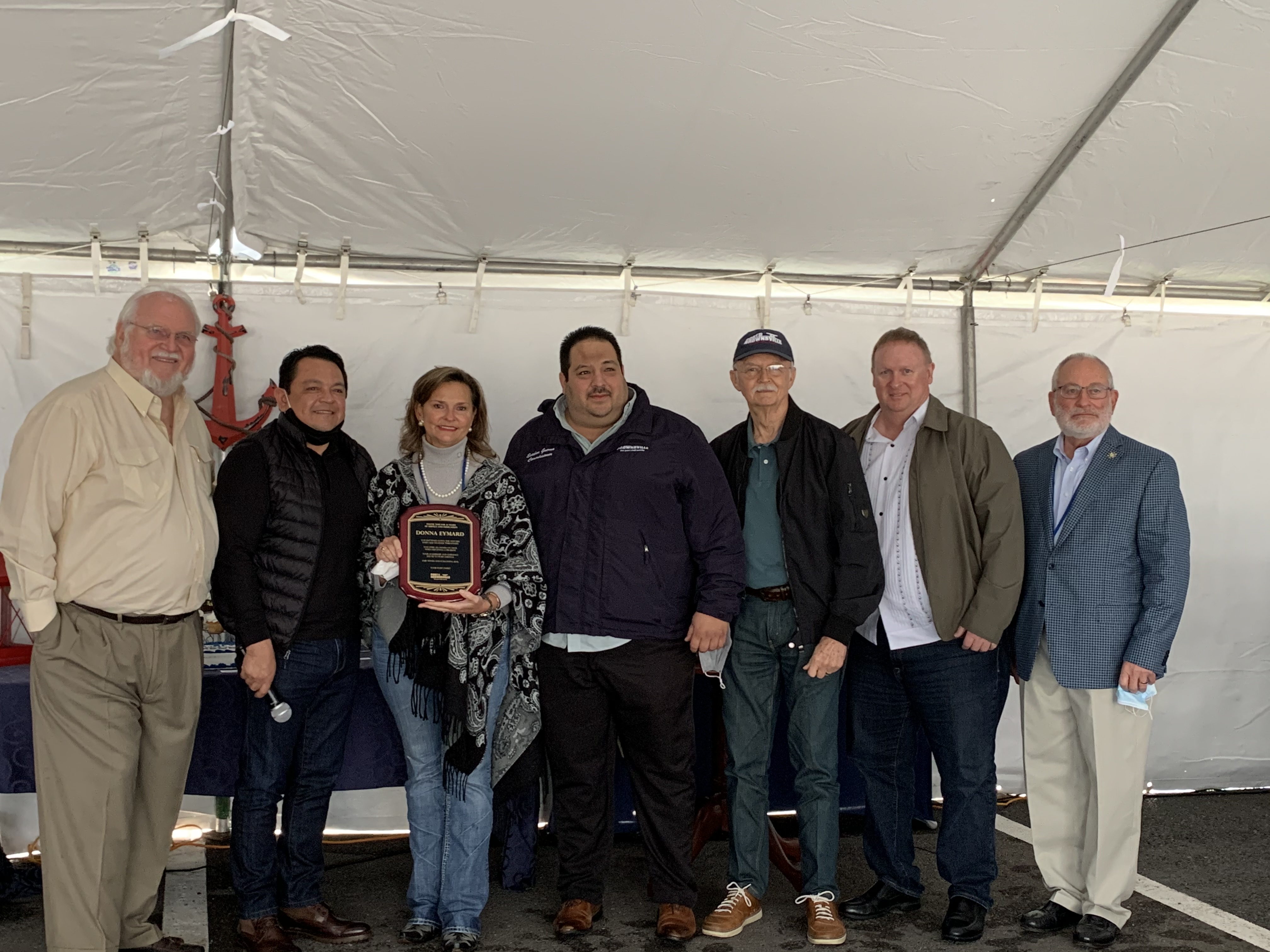