The Brownsville Navigation District Board of Commissioners passed a resolution December 21, 2016, naming the SH 550 extension “Bill Reed Road,” in honor of William “Bill” Reed for the contributions he made to the Port of Brownsville as a BND board member.

Reed was elected to the BND Board of Commissioners in 1978 and served until 1996. He was board chairman from 1986 to 1990. Bill Reed was the father of John Reed, former chairman and current vice-chairman of the BND. 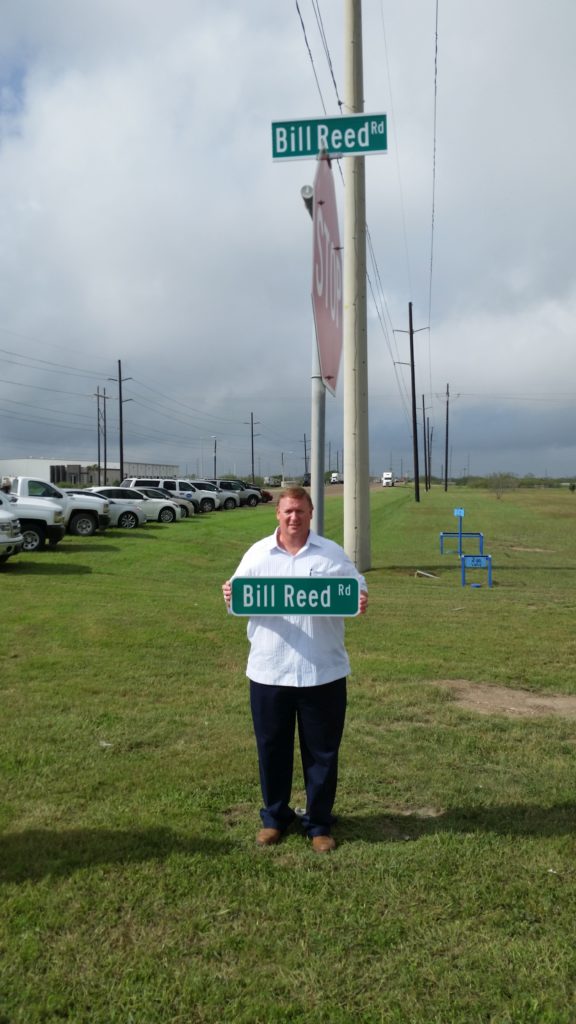 BND Vice-Chairman John Reed holds a replica of the Bill Reed Road sign during the unveiling ceremony December 21, 2016. John Reed is the son of Bill Reed.