A Legacy of Success: DIX Industries Celebrates 75th Anniversary at the Port

When the Port of Brownsville first opened in May 1936, many people celebrated the promise of economic opportunities that would bring them closer to the American dream.

Richard “Dick” Ostos was one of those individuals, coming to Brownsville from New York in 1936 to work for Philen-Miller, a steamship agent and stevedore company that brought the first vessel to the newly minted port of the Rio Grande Valley.

Over a decade later in 1947, Dick embarked on that opportunity and founded DIX Shipping Company-Shipping Agents and Stevedores at the Port of Brownsville. Thanks to his entrepreneurial spirit, resilience and dedication, that company celebrates its 75th anniversary this year.

Dick’s legacy of contributions to the port was commemorated by the Brownsville Navigation District in 1996, when the road on the south side of the Brownsville ship channel was renamed R.L. Ostos Road in a proclamation issued by the BND Board of Commissioners.

“Dick was instrumental in developing connections with citrus packers in Montemorelos, Mexico, and West German importers which led to millions of cartons of citrus export moving through the port in the 1960s and the export of Texas citrus and Rio Grande Valley vegetables in the 1970s,” reads the proclamation.

DIX Shipping, the oldest full-service stevedoring company in the Port of Brownsville, saw the cargo trends at the port evolve from agricultural exports like fruits in the 1940s and cotton in the 1950s to steel products, wind energy components, and project cargo for the space industry today.

As the company celebrates its 75th anniversary, Lee Ostos reflects on how the port has provided a foundation for his company to succeed and compete in the challenging maritime industry.

“The port’s continued development of infrastructure including docks, leased space for warehouses and their development of storage and other places in the port has allowed us to really expand our business,” said Lee Ostos.

From its original 400,000 square foot warehouse, the company has doubled its square footage to 800,000 in Brownsville and opened offices in Corpus Christi, Monterrey, and Veracruz, Mexico, to provide cohesive services to markets in the U.S. and Mexico. Today there are over 100 employees throughout Dix Industries including crane operators, heavy machinery equipment operators, stevedores and office staff.

Besides steel and project cargo, the company provides key logistical services for the movement of break bulk, bulk grain, and other general cargo.

“When we bring businesses, the port figures out a way to make it work, we were the first company to bring in windmill components to the port and we continue to serve ship owners and charters with port services. Seventy-five continuous years of meeting changing maritime needs,” said Lee Ostos. 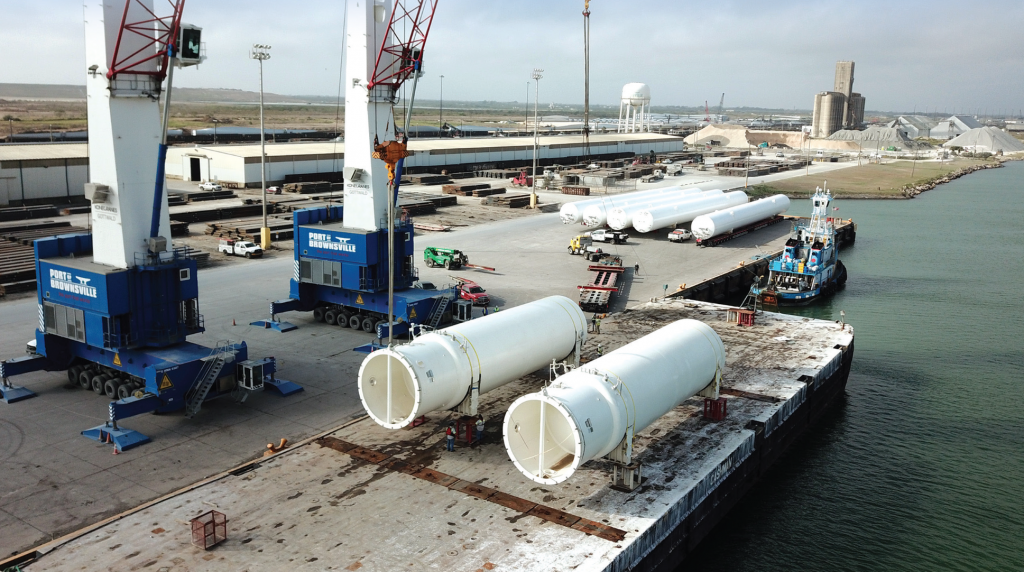 Project cargo for the space industry is loaded onto a barge at Dock 15 at the Port of Brownsville by DIX Industries, the oldest full-service stevedoring company in the port. Since 1947, as cargo trends evolved, the company’s reliable and efficient service has expanded to meet modern needs. 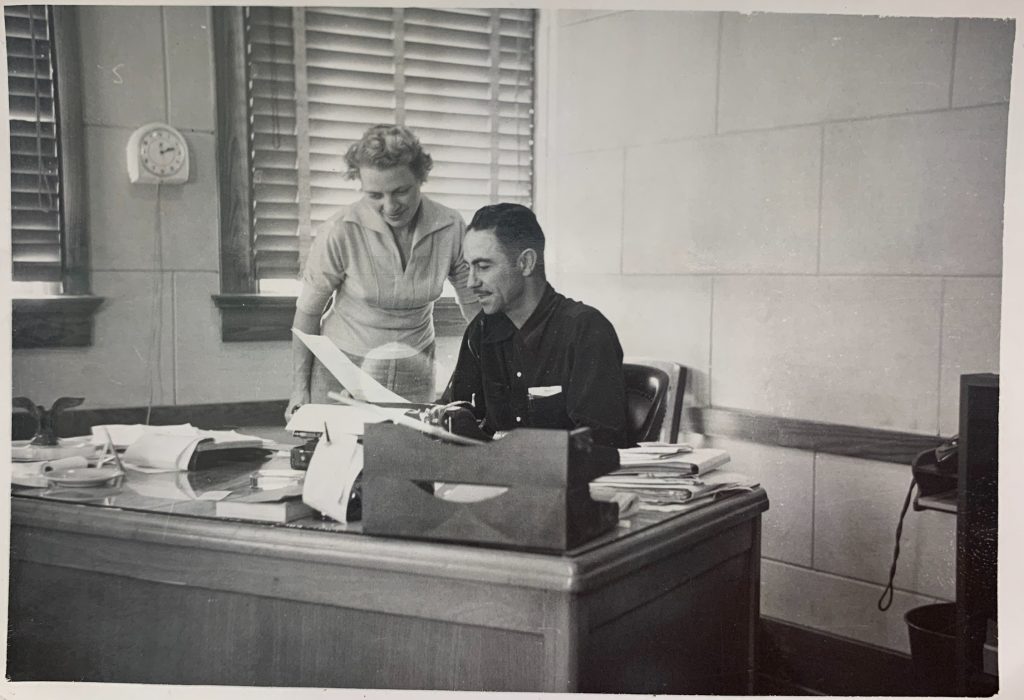 Richard “Dick” Ostos and his wife Vivian at the DIX Shipping Company-Shipping Agents and Stevedores office at the Port of Brownsville in 1955. (Photo courtesy of the Ostos family) 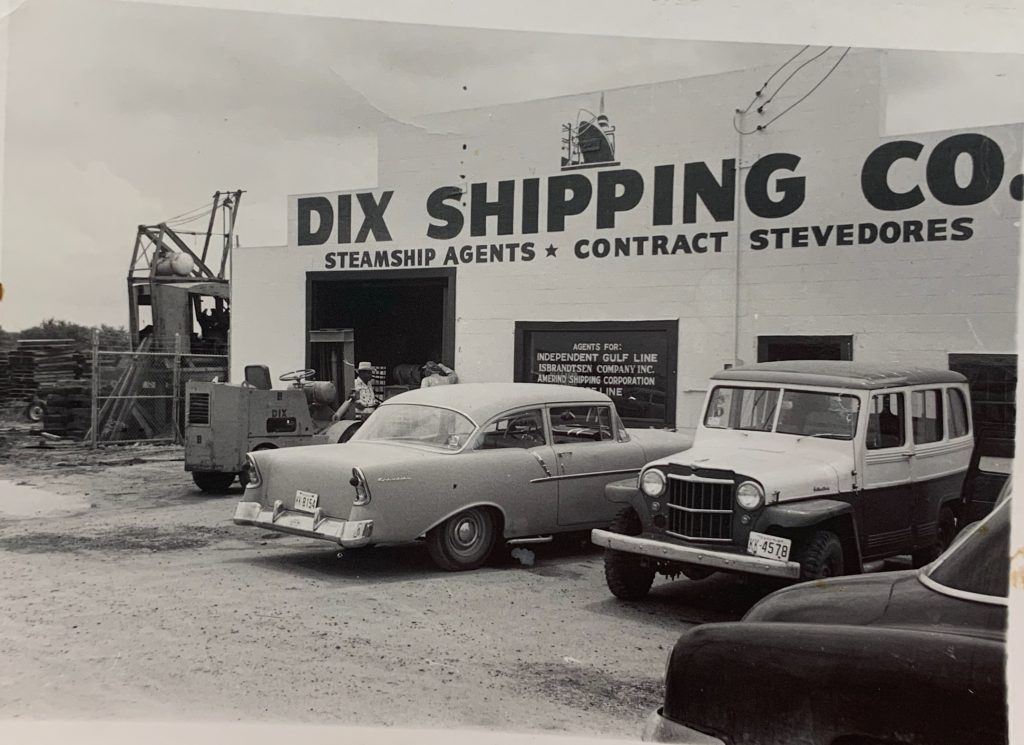 Cars fill the parking lot at DIX Shipping Company-Shipping Agents and Stevedores office at the Port of Brownsville in August 1959. (Photo courtesy of the Ostos family)