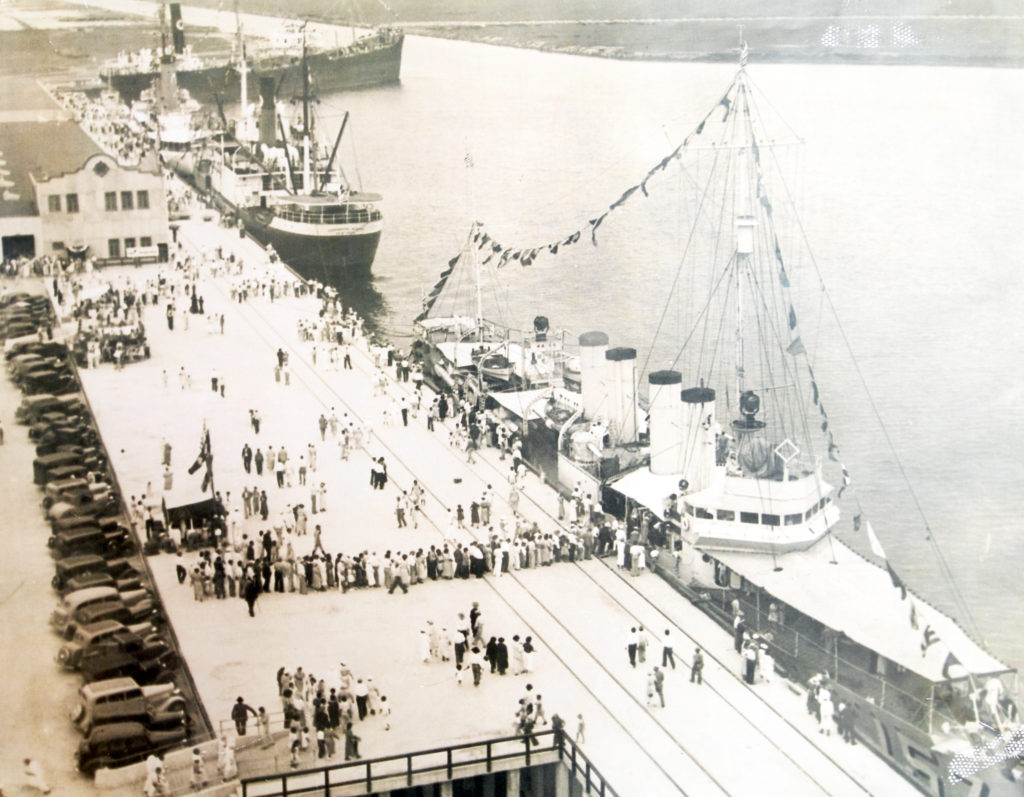 Crowds gather to kick off the celebration of the opening of the Port of Brownsville on May 16, 1936. When the two-day festivities came to a close the port that works was officially open for business.

Opened in 1936 to the excitement of thousands of local residents, the Port of Brownsville signified a new hope for economic prosperity in the Rio Grande Valley region.

Thanks in part to the vision and commitment of Louis Cobolini, an Italian immigrant who set his sights on the port’s potential, the 17-mile long Brownsville ship channel has welcomed foreign travelers and businesses to its shores.

Located on the southernmost tip of Texas and near neighboring Mexico, the possibilities for international commerce were as rich as the Rio Grande Valley’s soil.

The Brownsville Herald archives indicate that in 1937, nearly one year after the initial opening, British freighter Antigone called on the nascent port to load 4,000 tons of scrap metal from Brownsville Iron and Metal company and ship it to Japan. The Antigone was the first British flagged vessel to call on the Port of Brownsville.

Since then, the port has established itself as the premier ship recycling and scrap metal location in the United States and is home to the nation’s principal U.S. Navy aircraft carrier dismantling program.

In addition to the ship recycling operations, the port has developed a versatile marine terminal operation for both liquid and dry cargoes. Petroleum products, steel break bulk materials, aggregates, minerals and windmill components are some of the many commodities handled here today.

An economic impact study by Martin Associates released in 2019 reports the port is responsible for more than 51,000 jobs and $3 billion in annual state economic activity, with more than 8,500 regional workers directly employed by activities of the port.

The port continues to seek opportunities to grow and its leaders know investing in infrastructure is key to its future success.

In 2019, construction of a new Liquid Cargo Dock 6 and improvements to Liquid Cargo Dock 3 and the Bulk Cargo Dock were finalized and are currently in operation. The port also added two new additional mobile harbor cranes to its inventory to meet the increasing workload of scheduled windmill and steel projects.

With more than $40 billion worth of projects currently in the works, the Port of Brownsville is transforming the Rio Grande Valley by creating positive investment opportunities and jobs.