BROWNSVILLE – July 11, 2022 – After 10 years of service, Police Chief Carlos L. Garcia is retiring from the Port of Brownsville effective July 8, 2022. William Dietrich, former commander for the Brownsville Police Department, replaces Garcia as Chief of Police for the port beginning July 11, 2022.

Garcia joined the port in January 2012, after serving as the Chief of Police for the City of Brownsville for 10 years.

After retiring from the Brownsville Police Department, where he served for 30 years and five months, the Brownsville native was selected to take on as Chief of Police at the port. He rose to the occasion learning how to best serve a maritime port and the federal requirements needed for smooth operations.

“My 10-year tenure at the Port of Brownsville Police Department provided me with the opportunity to modernize and professionalize a young department,” said Garcia. But more than that, I felt it was a 10-year internship in viewing an organization, the Port of Brownsville, on how a governmental agency should be managed and directed to accomplish their goals and objectives and place it to succeed for the future.”

Created in 2004, the port’s Police and Security Department includes 13 sworn police officers, 10 security guards and one administrative assistant. The department oversees and patrols the 40,000 acres that encompass the port to ensure the safety of workers and cargo transported along the port’s 17-mile-long ship channel.

“When Chief Garcia first came on board at the Port of Brownsville 10 years ago, we had a police department. As he departs at the end of his tenure, he leaves a professional and respected law enforcement agency highly regarded in the region and throughout the state,” said Port of Brownsville Director and CEO Eduardo A. Campirano. “We thank Carlos for his tremendous work ethic, honesty, and dedication and wish him the very best as he begins the next chapter of his life.”

The Brownsville Navigation District Board of Commissioners honored Garcia with a special proclamation during a regular board meeting held July 6, 2022.

“Carlos Garcia was hired by the Port of Brownsville as the Chief of Police in January 2012 and is a dedicated public servant who has earned the respect and admiration of the Port’s Board of Commissioners, employees, tenants, peer agencies, and community stakeholders for his ability to leverage resources, collaborate, cooperate, and innovate,” reads the proclamation.

In June of 1980, after completing service in the U.S. Marine Corps, Garcia enrolled in law enforcement classes at Texas Southmost College in Brownsville. His budding interest in law enforcement would lead him to attend the Basic Police Officers Academy along with four other Brownsville police cadets in August 1981.

Garcia was then hired by the Brownsville Police Department and selected to attend the police academy. Upon graduation, he was assigned to the Patrol Division and tasked with responding to calls for service in their designated areas.

Throughout his career at the Brownsville Police Department, Garcia challenged himself to move up the ranks in the department in service of his community. Although he was not always initially successful, he persevered and rose up the police department ranks.

“The Marine Corps had instilled in me the attitude of never quitting, so I continued to challenge myself to try again when the opportunity arose,” said Garcia. “This attitude has pushed me forward in my professional and personal life. I credit the Marine Corps for instilling such attitude in me.” 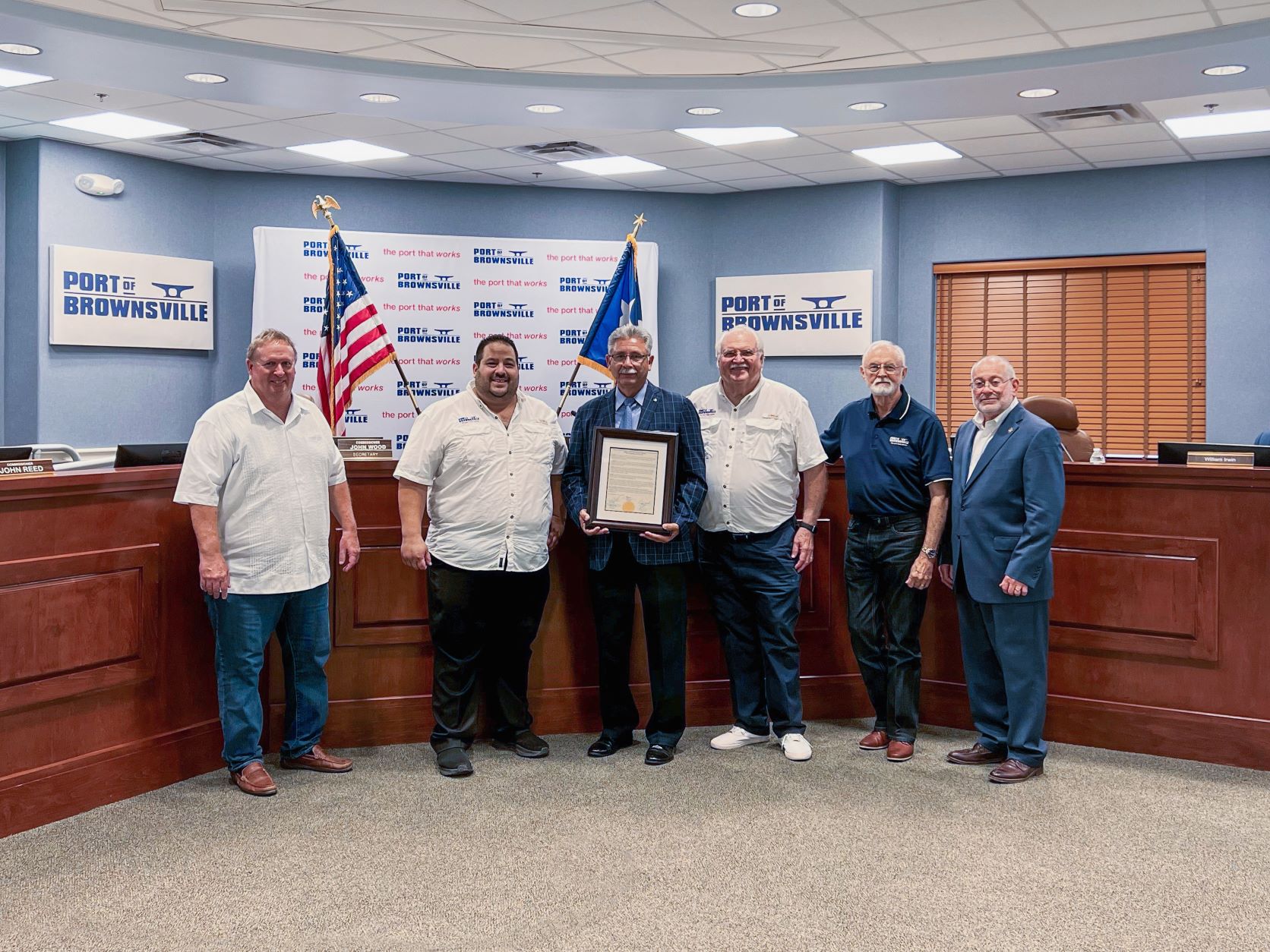 The Brownsville Navigation District Board of Commissioners recognized Police Chief Carlos L. Garcia with a proclamation at a regular board meeting held July 6, 2022.