Father Mark Watters delivered a powerful sermon and asked the dozens of people gathered at the ceremony to pray for a bountiful harvest this season and for the well-being of all shrimpers while they are out at sea. Among those present at the event were State Rep. Rene Oliveira, D-Brownsville, port officials, local shrimpers and representatives from the Texas Department of Agriculture.

This year’s blessing comes at a challenging time for Rio Grande Valley shrimpers who are facing a shortage of workers to go on the boats and help harvest shrimp due to the lack of H-2B worker visas issued by the federal government. There are approximately 180 shrimp boats in Brownsville and Port Isabel and without workers, this shrimp season could prove devastating.

The port’s fleet catches approximately 13 million pounds of shrimp each year with an estimated value of $72 million, reports the TSA. Additionally, the local shrimp industry supports 1,400 jobs in Cameron County.

The entire Texas shrimping fleet consists of 550 vessels generating more than 45 million pounds of shrimp valued at over $274 million. The industry supports approximately 5,000 jobs along the state’s coastline, according to the TSA. 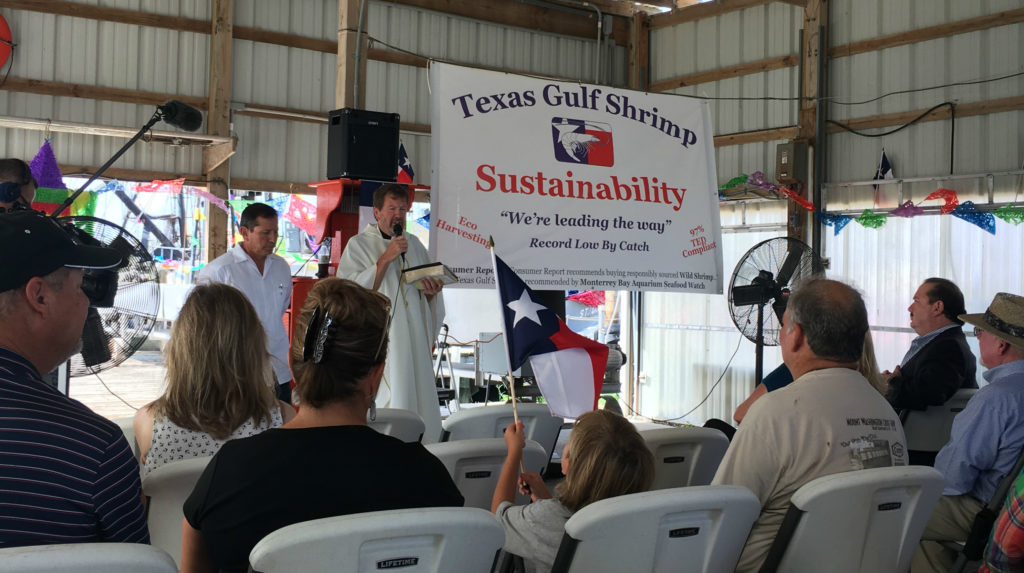 Father Mark Watters speaks to the crowd gathered for the annual Blessing of the Fleet July 10 at the Port of Brownsville Fishing Harbor.