BY STEVE CLARK / The Brownsville Herald

NextDecade Corporation, which plans to build a liquefied natural gas export terminal at the Port of Brownsville, signed a deal Wednesday with the Brownsville Navigation District committing the company to paying for deepening about half of the Brownsville Ship Channel. The project is officially known as the Brazos Island Harbor Improvement Project.

NextDecade said it will pay 100 percent of the cost of deepening the channel from the Gulf of Mexico to the site of its Rio Grande LNG project, which is roughly half the length of the BIH project, which the port began pursuing in 2007. The channel will be deepened to 52 feet from its current 42 feet in order to accommodate larger vessels. NextDecade also agreed to widen the bend near the entrance of the channel. The signing ceremony took place Wednesday morning at the port’s administrative headquarters and was attended by BND and port officials, NextDecade executives, city and county elected leadership including Brownsville Mayor Tony Martinez and Cameron County Judge Eddie Trevino Jr.

Also in attendance were federal and state officials including Deputy Department of Energy Secretary Dan Brouillette and Texas Secretary of State David Whitley, representatives from the Coast Guard, local economic development leaders, and port workers among others.

Dean Ellis, NextDecade vice president of policy and corporate affairs, said the company doesn’t yethave a cost estimate for its share of the project, but that the company is comfortable committing to the BIH project because of the likelihood it will indeed build Rio Grande LNG and the associated Rio Bravo Pipeline, which will bring natural gas from the Permian Basin to the port.

The U.S. Army Corps of Engineers has estimated the total cost of the BIH project at $350 million. Port Director and CEO Eduardo Campirano said NextDecade’s contribution should make it easier

to secure more funding for the entire project, the importance of which can’t be overstated, he said.

“It is probably the most important project for the future sustainability of the port going forward,” Campirano said. “It’s very significant not only for the port but really for the region as a whole.”

BND Chairman John Reed, in remarks at the ceremony, said that when the project is complete Brownsville will have one of the deepest ports on the Gulf, its competitiveness enhanced by design features closely aligned with the expanded Panama Canal.

In 2007, BND authorized port staff to devise a strategy for executing the BIH project. In 2014, USACE completed a feasibility study that recommended deepening the channel to 52 feet. In late 2016, Congress authorized the project, making it eligible to receive federal funding, which doesn’t mean funding was appropriated.

Reed admitted that getting to this point has been a “long and at times frustrating effort,” but said the project — which will also result in a wider channel — will benefit “future port customers as well as our LNG partners.”

The Federal Energy Regulatory Commission issued a draft Environmental Impact Statement for the Rio Grande LNG project in October 2018, followed by the issuance of air permits from the Texas Commission on Environmental Quality. In March, NextDecade executed a long-term lease with BND for roughly 1,000 acres on the ship channel and entered into a 20-year LNG sale-and-purchase agreement with Dutch oil-and-gas giant Shell.

Matt Schatzman, NextDecade president and CEO, said in his remarks that the company expects to announce more commercial contracts in coming months. Rio Grande LNG is on track for a Final Investment Decision — a decision to move forward with the project — late in the third quarter of this year, he said. “This Friday, April 26, NextDecade expects to receive a final Environmental Impact Statement from the FERC, and we anticipate receiving a FERC order approving Rio Grande LNG and Rio Bravo Pipeline in July 2019,” Schatzman said.

Trevino said the county is working with educational institutions, technical schools and the Texas Workforce Commission to train up the workers NextDecade will need for Rio Grande LNG.

He said the company will result in a major boost to the county’s tax base and attract other investment to the region.

“Just this project alone, at full build-out, will double the tax base and valuation of Cameron County,” Trevino said. 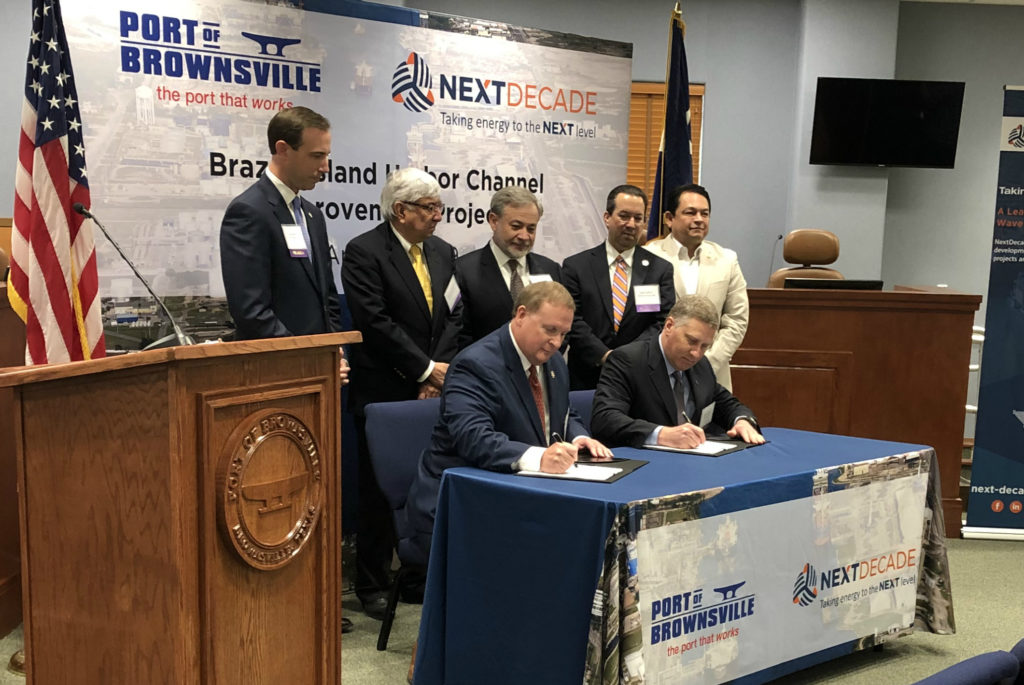 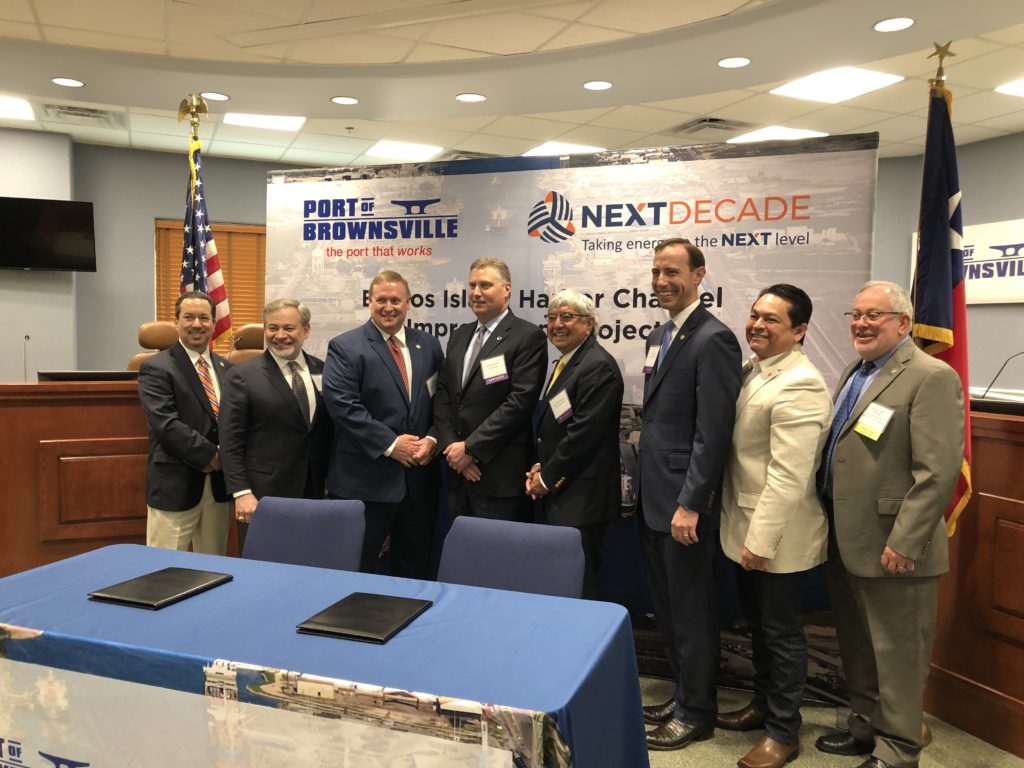