The Project Partnership Agreement advances the project’s timeline to begin work on deepening the 17-mile long ship channel from 42 feet to 52 feet, resulting in significant navigational safety improvements for commercial shipping in South Texas. The BIH project will further increase the port’s capabilities, allowing existing industries in the Rio Grande Valley to continue expanding while also attracting new economic opportunities for the region.

The Port of Brownsville is a major player in the movement of commodities across North America and the leading multimodal logistics hub for the Rio Grande Valley. In 2021, the port moved a record 13.8 million tons of diverse cargo.  Key commodities moving through the port’s docks include steel, petroleum-based products, wind energy components, aggregates, agricultural products, among others.

“The completion of the Brazos Island Harbor Channel Improvement Project will not only shape the course of our future but also the economic landscape of the Rio Grande Valley,” said Brownsville Navigation District Chairman Esteban Guerra. “Increasing the depth of the ship channel to 52 feet will allow us to receive larger vessels, heavier cargo and contribute to cost savings, setting in motion the next great evolution of the Port of Brownsville.”

The project is comprised of two phases:

In 2007, the BND Commission authorized port staff to develop a channel deepening strategy to deepen the ship channel. The port received the permit from the USACE to advance the project to its construction phase in 2019.

The federal government announced in March 2022, the allocation of $68 million to the project. The funds, to be utilized for Phase 2, are provided under the Infrastructure Investment and Jobs Act (IIJA) Appropriations Law. The BIH project was identified as part of the IIJA to strengthen port and waterway supply chains and climate resilience. Once the project is complete the Brownsville Ship Channel will be one of the deepest ship channels in the Gulf of Mexico.

“Since 2007, the BND Commission and port staff have worked diligently to make this vision a reality. I commend their efforts and determination as we celebrate this historic occasion,” said Port of Brownsville Director and CEO Eduardo A. Campirano. “Deepening the Brownsville Ship Channel will play a monumental role in sustaining the port’s mission to be the economic engine of the Rio Grande Valley.”

“This project is vital to increasing clean energy capabilities for the nation. A deeper, more efficient channel supports the State of Texas and our national strategy for clean energy. This project supports wind-based and other green energy expansion in Texas and across the nation by increasing imports of key materials, parts, and equipment,” said U.S. Army Corps of Engineers Galveston District Commander Col. Timothy Vail. “The Port of Brownsville is the only port in Texas where deep draft vessels are being built. These deep draft vessels, which will now be able to access the port, are needed for the increased import of wind products.” 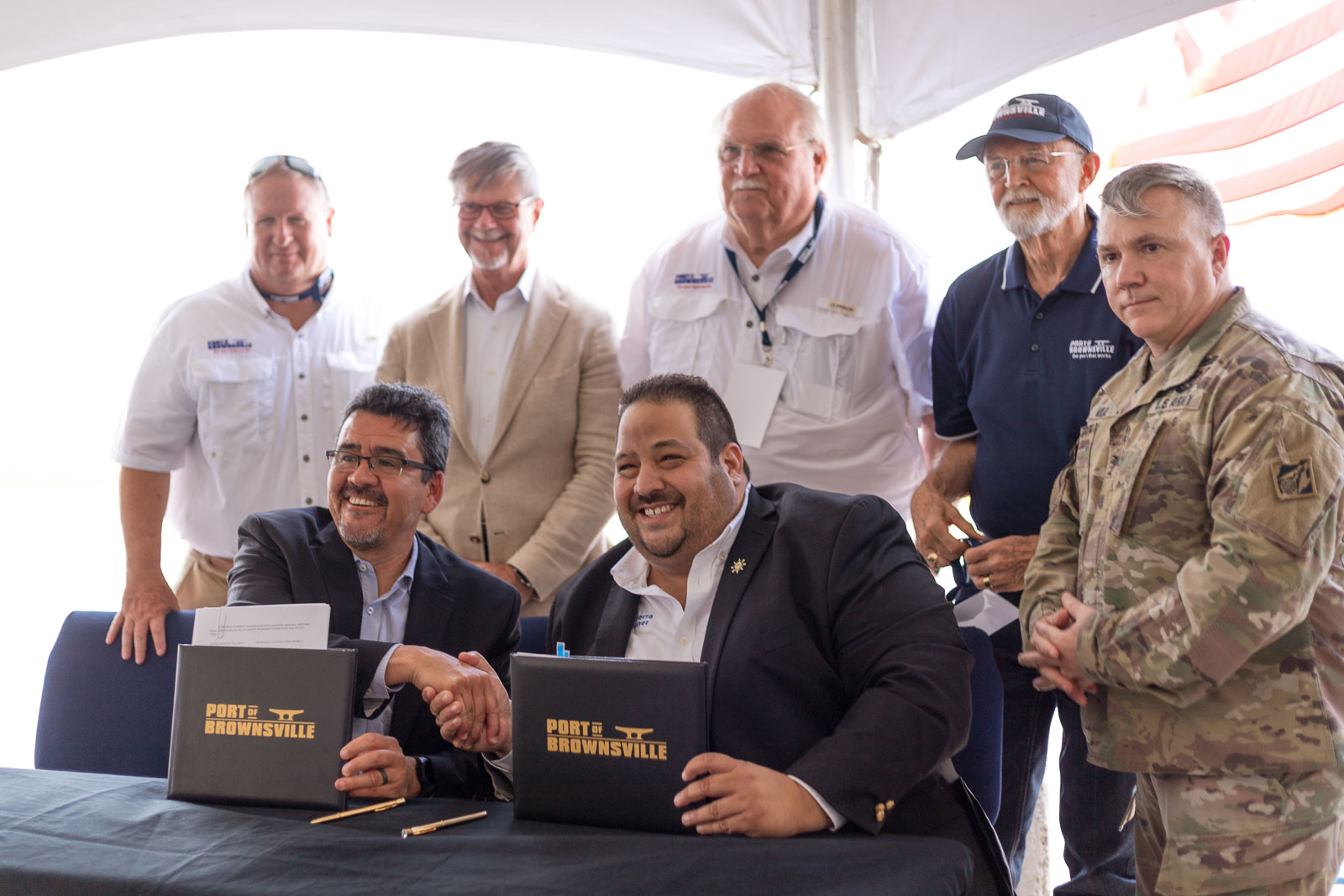